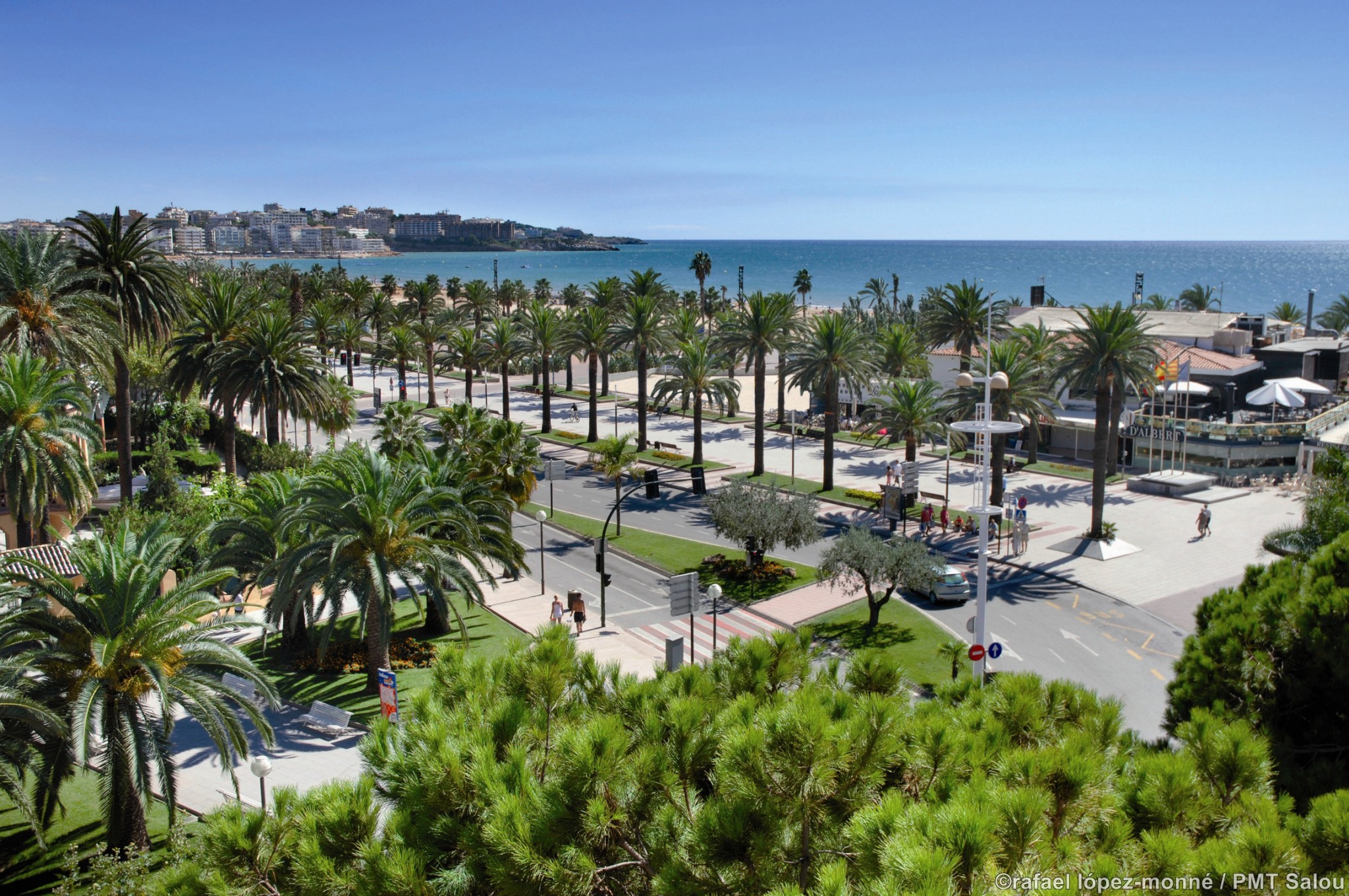 Is the capital of Costa Daurada and one of the touristic places of reference in the Mediterranean. Recently, it has been certified as the first family destination in all Cataluña. Its main attractions are its beaches and coves with golden sand, calm shallow waters and warm temperatures all year long. PLACES OF INTEREST:

JAUME I PROMENADE: An emblematic promenade in Salou with more than one kilometre next to LLevant beach. You can find in its middle Jaume I’s monument by the architect Salvador Ripoll and the sculptor Lluís Maria Saumells. It is one of the main references to modern Salou.

TORRE VELLA: It was built in 1530 as a watch and defensive tower in order to protect Salou of the repeated pirates and corsairs pillage. It holds temporary art expositions. Address: C/Arquebisbe Pere de Cardona, 1.

CATALAN MASIA: It is a relatively modern construction (1974) using previous material in the area coming from old constructions. Its purpose is to evocate an ancient rural atmosphere. During summer it holds a craft market with a wide variety of products. Address: Avda. Carles Buigas, 50.

MODERNISM IN SALOU: Walking on Paseo Jaume I we will find examples of this architectonic style. A style that left its first traces on very characteristic houses and villas in town such as, Chalet Bonet (1918), by the architect Domènech Sugranyes I Gras, Antoni Gaudi’s disciple.

THE LUMINOUS FOUNTAIN: Located at the end of Paseo Jaume I by the architect Carles Buigas, the author of Montjuic Fountain. During summer, you can see a wonderful show with lights and water every day.

PUNTA DEL CAVALL: It is the most pronounced promontory on the western part of the Cap de Salou. You can see from here a magnificent panorama of the coast, especially during the twilight.

COASTAL PATH: It is a pedestrian path about 7 kilometres long along the sea from Replanells area to Llenguadets cove. It connects Salou and La Pineda beach. Its natural richness and scenery makes it a perfect path to stroll peacefully next to the sea and enjoy the cliffs, coves and pine tree forests.

Is a beautiful city with just over 100,000 inhabitants came to be considered the second most important city in Catalonia during the second half of the nineteenth century.
We recommend the Modernist Route of Reus and especially the visit of the Institut Pere Mata, a masterpiece of the architect Domènech i Montaner, this building was conceived as a psychiatric, a function that it carried out since its construction in 1898, is considered, neither more nor less, than the precedent of the Hospital de Sant Pau in Barcelona, ​​a true jewel of Catalan modernism.

It is also worth visiting the Gaudí Center and the Vermouth Museum.
The Gaudí Center is a museum inaugurated in 2007 that deals with the life and work of the most universal of the Reusans. Although Antoni Gaudí was not a prophet in his homeland, it was here that he was born and lived during his childhood and youth, he shows us part of Gaudí’s life and work in a very entertaining and didactic way, thanks to an audioguide that is connected through control remote when entering each of the rooms. A pair of audiovisuals complete the tour.